On the afternoon of August 4, 2020, a huge explosion shook the Lebanese capital, Beirut, leaving terrible devastation behind. The damage to the city was so great that it was also visible from the satellite images of the Sentinel-2.

According to the news, approximately 2,700 tons of ammonium nitrate –  equivalent to an explosive force of 240 tons of TNT – stored in a port depot in Beirut caused the detonation. The shockwave caused by the explosion demolished nearby buildings, destroyed vehicles and, last but not least, changed the lives of many Beirut families in a moment. The devastation was so great that its consequences are well visible even on Sentinel-2 satellite imagery.

The map below shows the epicenter of the explosion and its surroundings. The layer selector in the upper right corner allows you to select pre- and post-explosion color satellite imagery.

Based on the map and the comparison panel below the amount of destruction was huge, basically a new bay has formed at the epicenter and many buildings have disappeared as a result of the explosion. 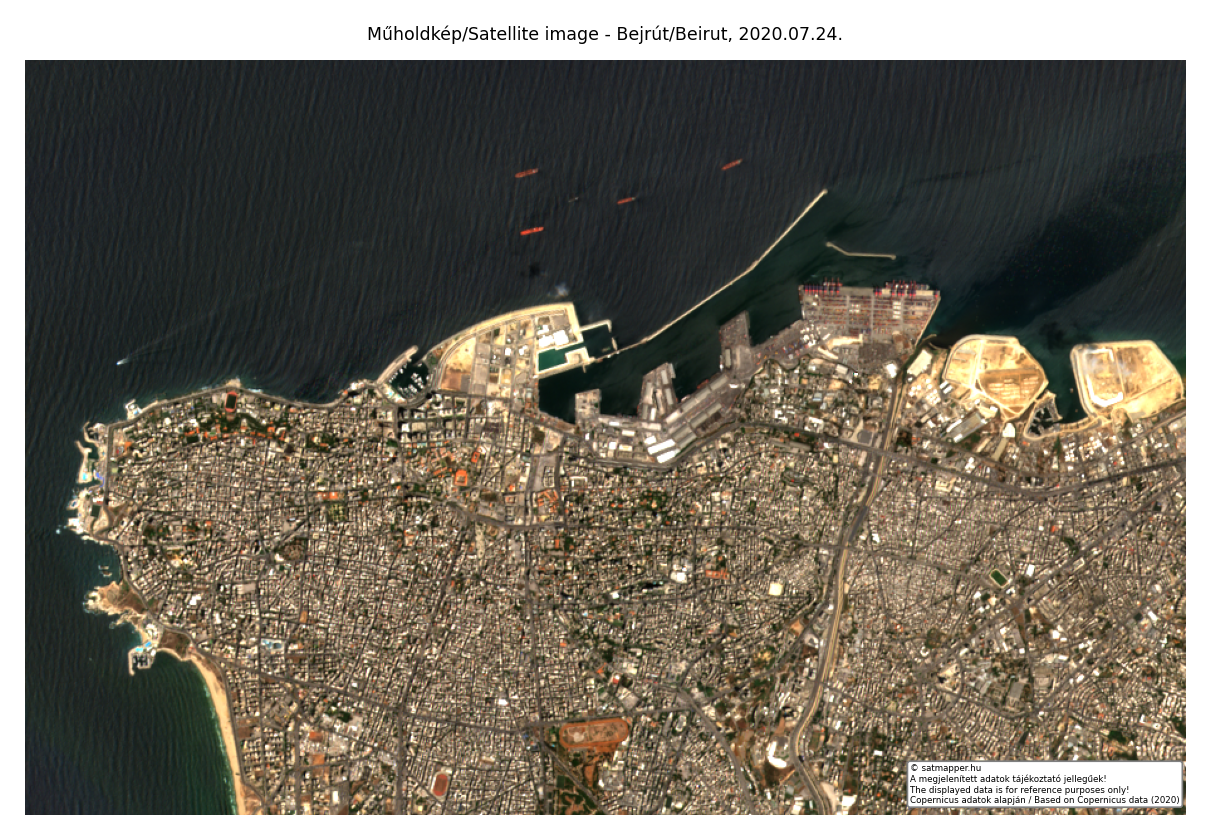 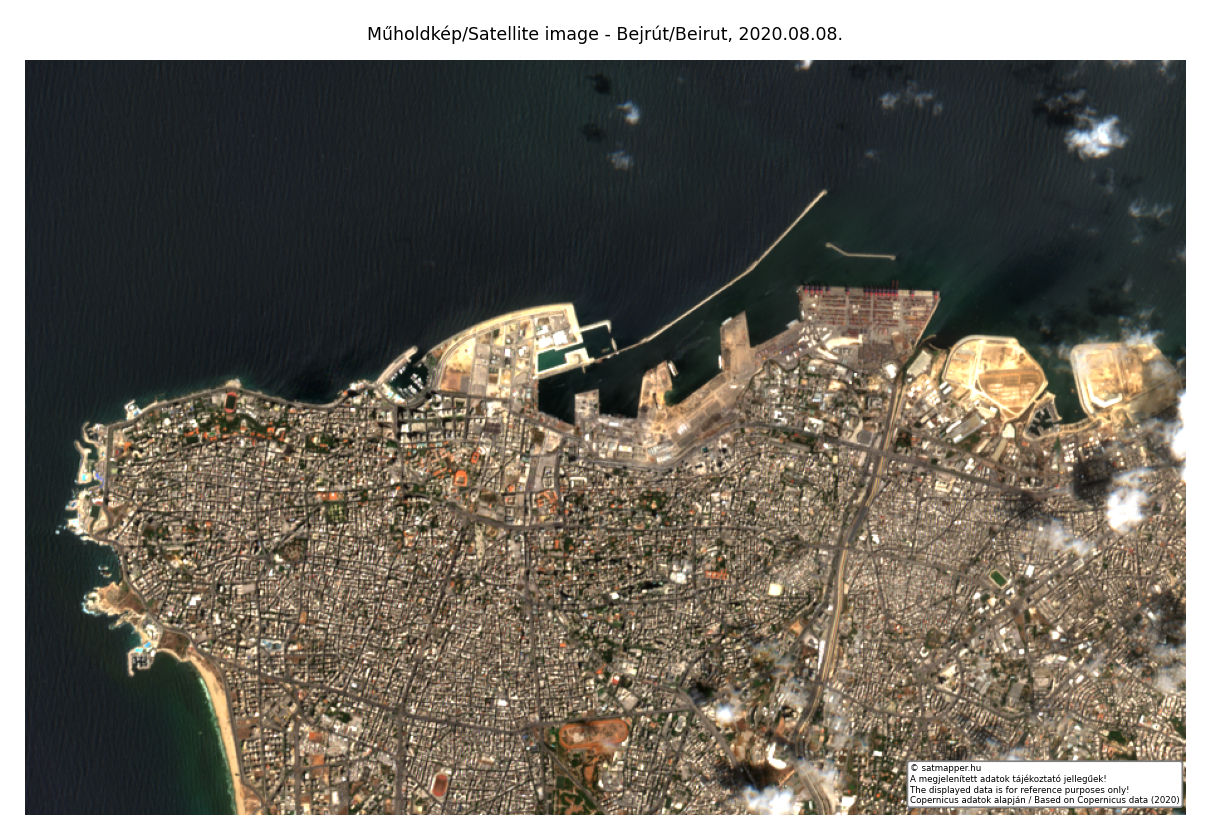 Euronews reports on the destruction can be viewed by clicking on the videos below.