Anyone who has followed the news resently has probably heard of the container ship Ever Given, which has blocked the Suez Canal, paralyzing the most important waterway connecting Europe and Asia.
The ship got stranded on March 23, and after a week of fighting, rescue teams managed to move the approximately 220,000-ton vessel on March 29.

Sentinel-2 satellites captured the situation. Images of the stranded as well as the successfully moved ship were recorded. The left side of the comparison window below shows the images taken on March 24, while the right side shows the images from March 29. 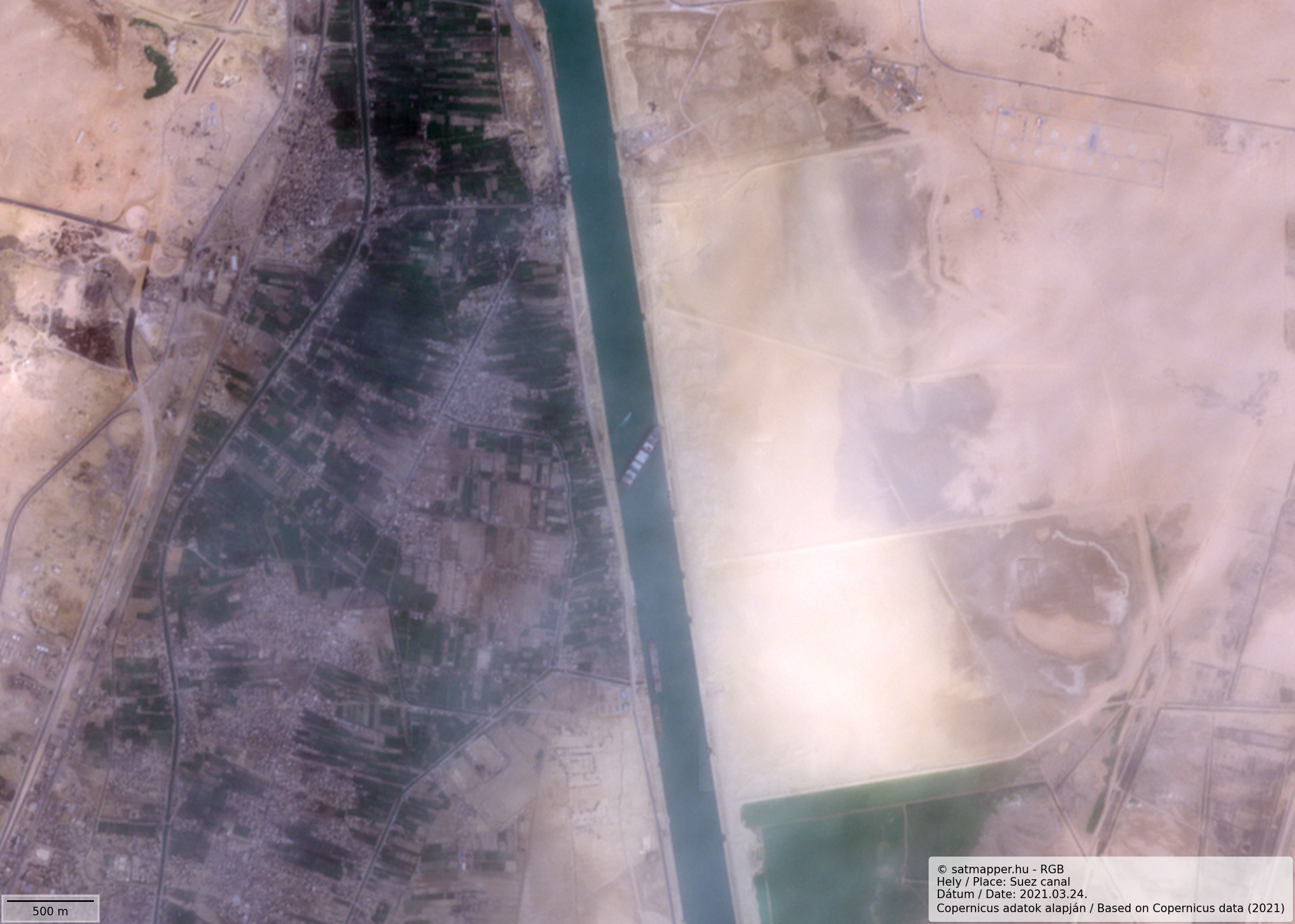 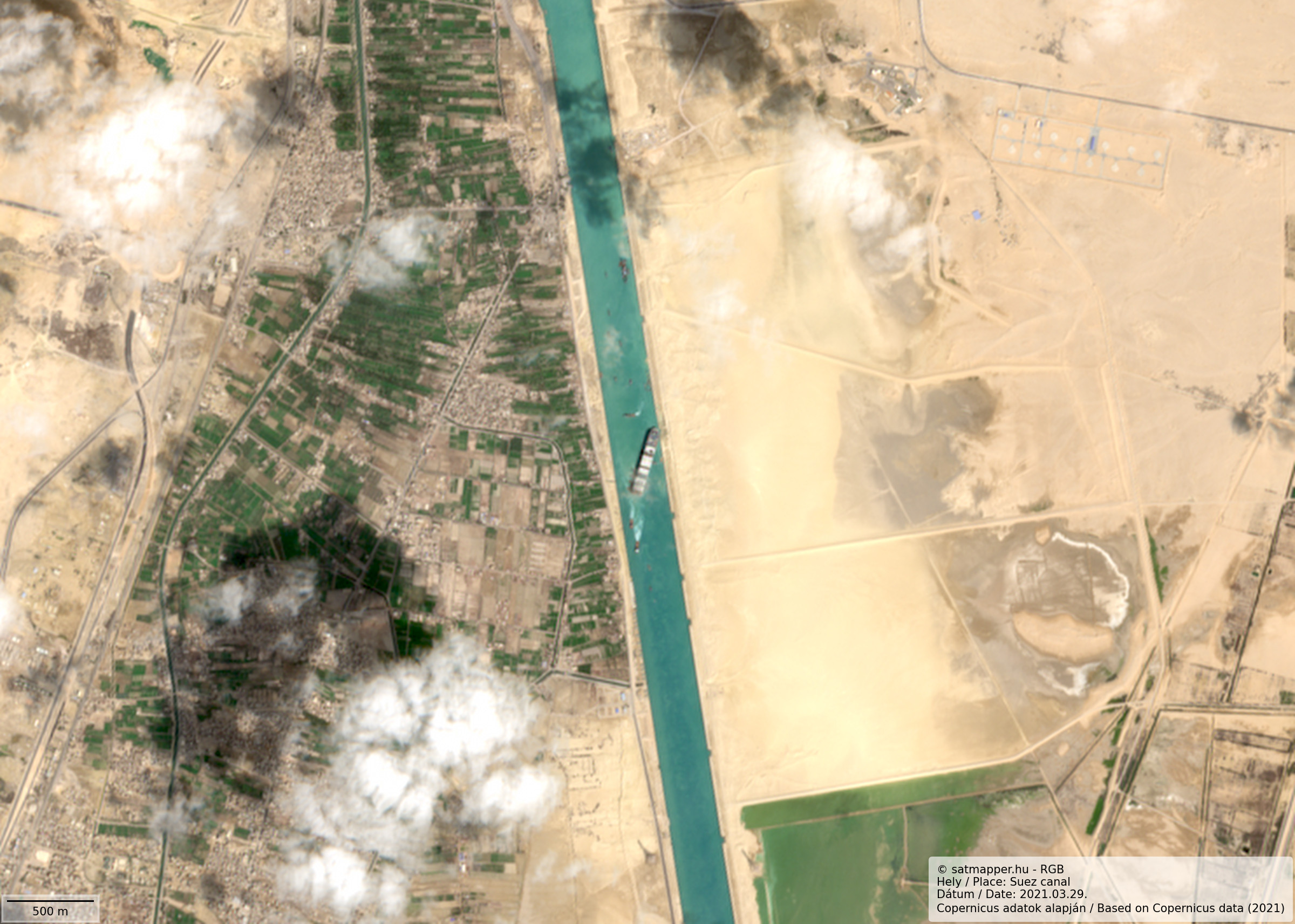 As a result of the blocked Suez Canal, a large number of container vessels have congested in the nearby bay, waiting for professionals to free the stranded Ever Given as soon as possible, giving a green light to intercontinental trade again. Ships waiting in front of the canal can also be clearly seen from the Sentinel-2 satellite image taken on March 29 below.
(A high resolution version is available from the link below the image.)